Optical head in the clouds

R&D Vision has implemented an optical diagnostics tool to evaluate the potential for measuring the size of drops in the clouds.

The objective of the system we have developed is to measure the drops at some tens of centimetres from the skin of a plane in flight by using the portholes to send and receive an optical signal.

After an initial phase of development in our premises using calibrated drops, the system was deployed in a wind tunnel with flow configurations identical to those reached during a flight, including the presence of ice crystals.

To qualify the optical resource in the wind tunnel simultaneous measurements of size and shape were carried out by ombroscopic imaging. 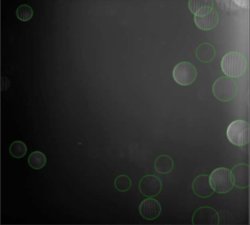