To study microstructure deformations at multiphase interfaces in granular materials and soils, the Institut GEM, part of the Ecole Centrale de Nantes, recently acquired a biaxial machine coupled with an imaging optical tracking and monitoring system developed by R&D Vision.

Our image acquisition system is composed of six cameras supplied by STEMMER-IMAGING, forming three pairs that observe fields of a few mm² on either side of the machine:

Our HIRIS software, coupled with a high-performance acquisition station integrated by us, handles all ‘Direct to Disk’ acquisitions up to 4.2 GB/s of raw data for more than one hour. Thanks to the station’s 19 TB storage capacity, acquisitions can be performed for several days.

The station’s clock is synchronised with the biaxial machine’s clock to correlate the images and data acquired by the latter and thereby prevent time drifts. Our IOTool software, coupled with HIRIS, manages this synchronisation and also controls rate changes by digitising external signals that are being acquired.

To limit external disturbances, the whole system is installed on a STANDA anti-vibration optical table provided by OPTON-LASER. To ensure micrometre positioning, each camera is then installed on a ZABER XYZ 360° rotation motorised optomechanical system distributed by PHOT’INNOV. 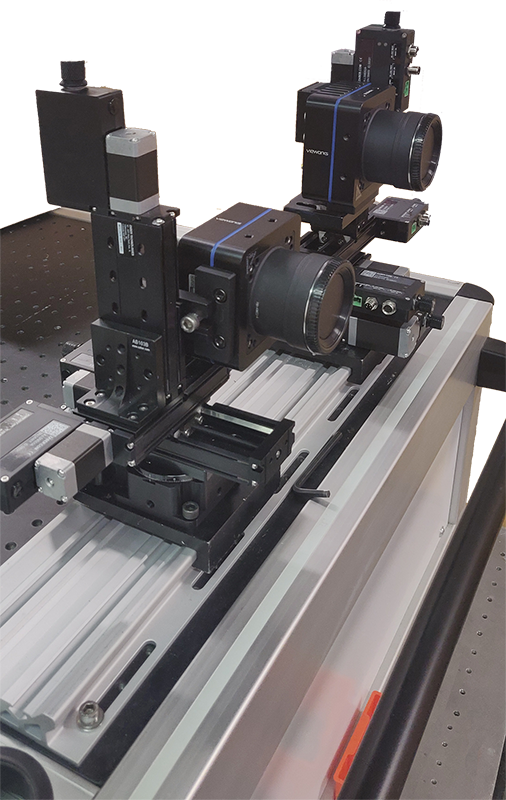